The Return of Peter Parker!

Imagine my surprise last week when I spotted a “leaked” image of a brand new Amazing Spider-Man #1 cover while perusing my Facebook News Feed.  The image of an unmasked, smiling Peter Parker swinging over New York was featured at a handful of prominent comic news websites.  Abruptly, those very same images were taken down at the urging of Marvel Comics.  Though, to me, this seemed likely to be a PR stunt; the consequential mystery and intrigue really piqued my interest.  My head was spinning with questions.  Is Peter Parker finally coming back?  Does a new Amazing Spider-Man title mean that Superior Spider-Man is ending?  Will this coincide with the release of “The Amazing Spider-Man 2” film?  We all assumed this crazy ride was going to end eventually, but for some reason, the impending event came as a surprise to me.

I have mixed feelings.  Peter Parker, my imaginary friend and co-adventurer for over 30 years, is coming back!  Stories of old Web-Head have been a staple for me for as long as I can remember.  An ex-girlfriend once remarked in a snarky tone that I spoke of Peter Parker like he was a real guy.  Though to me, he has always been real.  His reported return is reason enough for me to celebrate, but there are far more layers to this onion to peel.

I find myself saddened that Doc Ock’s intense reign over New York is coming to an end.  Much to the chagrin and vitriol of some, I’ve really enjoyed this story arc.  Originally, I wasn’t happy with the way Peter was bested at the hands of his greatest enemy.  A mind switch with Otto Octavius?  Come on, give me a break!  Is that even possible?  But, I’ll be damned if Slott wasn’t able to make that outrageous premise entertaining.  Peter Parker’s life as seen through the eyes of a redemptive, murderous super villain?  In short, brilliant.

On the upside, Otto has forged a new life for himself while secretly flying under everyone’s radar.  In his personal life, he’s managed to excel in his career, earn a doctorate, gain the respect of his peers and family and explore a new romance with Ms. Anna Maria Marconi.  As the Superior Spider-Man, he’s managed to totally streamline the way Spider-Man monitored his domain and prioritized his responsibilities.  Through brute force and the use of Otto’s superior intellect, he’s succeeded in squashing the majority of his greatest enemies.  He’s also amassed an army of dedicated minions, succeeded in being completely bank rolled by the city and obtained a fortress island from which to rule it all.  In many ways, his techniques really were superior to Peter’s.

Not a bad checklist for a year, but at what cost?  Though well-intentioned, he’s tarnished his well-known “Friendly Neighborhood Spider-Man” persona by publicly executing a murderer and created mass civilian paranoia by implementing nanny state, NSA-reminiscent spying techniques.  He’s maimed harmless opponents and has made puppets of super villains that in his past life he once called his friends.   Without permission from local government, he’s unilaterally leveled Shadowland and destroyed public property. He’s all but tossed aside his friendly relationships to affiliated superhero teams like the Avengers and the Fantastic Four.  He’s also alienated Mary Jane Watson, abandoned friends and truly frightened his beloved Aunt May.  To top it all off, he’s even blackmailed a public official.  In general, Ock did all that and managed to come across as a real jerk to everyone within his wake.

Yes, Peter Parker is coming back… but what kind of life is he coming back to? 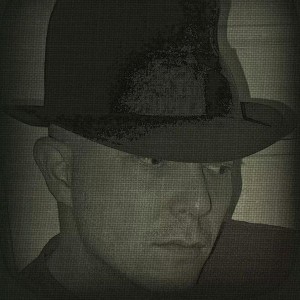