Superior Foes of Spider-Man #16 is the second-to-last issue of a series that will be on everyone’s “Underrated Comics of the 2010s” lists.

Last issue ended with the Sinister Six on the cusp of victory until the reveal that every member of the team is a backstabber and screw-up. This issue sees the team try to trade the head of Silvio Silvermane, who Speed Demon has painted to look like Paul Stanley, for control of the Maggia. Things go to Hell when Mr. Negative, Tombstone, and Madame Masque show up. After escaping some well-drawn Steve Lieber action sequences, Boomerang runs into the Owl and Chameleon. While the rest of the team have screwed each other, Boomerang has screwed himself, and the Owl and Chameleon beat him down. For a series that’s been so humorous, this sequence was rather dark.

This leads to a rare criticism of the series—what happens after Owl and Chameleon jump Boomerang? Boomerang looks to be as good as dead, but the next page sees him driving his car, not a scratch on him. We know this has something to do with the serums Chameleon uses to alter his appearance, but what exactly happened is unclear. Is Boomerang using the serum to hide his scars? Did he use the serum to set someone else up for the fall? Is this a hallucination? The answer may have been cleverly foreshadowed, or we may get it next issue, this was a bad place to call attention to Boomerang’s unreliable narration. Yes, he’s a liar. Yes, it makes sense that he would lie to the readers (and he has). However, this was a bad place for it, and it took me out of the story, which is something you never want to do. It’s a rare misfire from a team that’s been so on point with every element of craft for the past year.

A lot of fuses are still burning down to this final issue. Shocker’s been weirdly characterized as a spineless coward for the series, and last issue, he was buried alive by his teammates. Here, he’s rescued by Hydro-Man, and where he would have once embraced a frenemy, this Shocker blasts him. Shocker’s a changed character with some heavy-handed death/rebirth symbolism who is now gunning for Boomerang. Oh, and an early splash page reveals that the Punisher is coming to play, courtesy of Uber (the cab company, not another C-list villain you’ve not heard of). I think we can agree that things don’t turn out so well for second-string supervillains when the Punisher is involved.

Then there’s a bit at the end. It’s marred by the confusion surrounding Boomerang’s escape from the Owl and Chameleon, but the ending sees Fred Myers using the Chameleon’s shape-shifting serum to take the place of a major league baseball player. Then he takes the mound. I was not invested in Boomerang before this series, but this feels like a satisfying character moment that has been building for years. Fred Myers is a loathsome person, but if his goal has been to be on the field one more time, it’s the type of thing that builds just enough sympathy to pack an emotional punch if Shocker or Punisher snatch it away.

Nick Spencer’s writing, dialogue, and ability to juggle multiple plot and character threads remain solid, even with the aforementioned misstep, and Steve Lieber’s art is still great. One of the best things about this book has been how much Lieber’s art has been allowed to tell the story. Not only does he get two splash pages here, but there’s an entire page sans dialogue dedicated to a Mach VII sight-gag. His characters are distinct and expressive, but they have the body language and comic-timing of seasoned comedians.

We have one more issue of Superior Foes of Spider-Man before the curtain closes, but somehow Spencer and Lieber have pulled off an impressive trick. They took what could have been a tired, meta-joke comic—ha ha, aren’t some of these characters stupid? Aren’t comics kind of dumb sometimes?—and turned it into a humorous yet compelling character piece.

Seriously, I can’t believe I care this much about what happens to Boomerang. 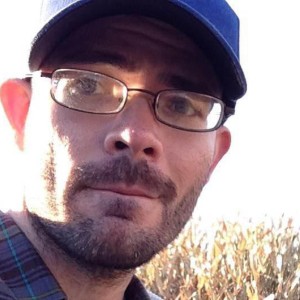