Let me introduce myself: My name is Hamza Jaka and I come to you humbly as a comic book fan with a disability and disability rights advocate. My journey into comics began on July 9th, 2002, at age 10 when, like many of you, I saw the first Spider-Man movie and subsequently picked up the first Marvel Masterworks Spider-Man Collection. I fell in love in the most unexpected of ways and little did I know that I had found a lifelong hobby that would change my life. Before I knew it, I had read every issue of Amazing Spider-Man in digital format, thanks to the incredible “Amazing Spider-Man Complete Collection” DVD set, back when they still made those. It took me a fair while longer to catch up on all of Spider-Man’s smaller titles, but I got around to them eventually, and Spider-Girl and Ultimate Spider-Man are some of my absolute favorites.

My physical disability, Cerebral Palsy, impacts my ability to walk and use my legs, so I use a wheelchair as a mobility aid. It also impacts my hands and the stamina needed to turn pages. The guided view function on Comixology, along with the ability to zoom and turn pages using the arrow buttons (also available on Marvel Unlimited), helps me get my fill of comics every day. These resources also made it much easier when I decided to re-read every Spider-Man comic that I could find, in avoidance of studying for the LSAT… err, prep for “Spider-Verse”!

When I do want physical copies of the issues, I am still able to get my Spider-Man comic fix from great shops like the wheelchair accessible Fantastic Comics in Berkeley, California, and the excellent (though not accessible, yet) Comic Alley in Lake Geneva, Wisconsin. Marvel’s free digital comic codes that come when I buy a print comic and my desire to support local shops keep me coming. Comic shops can and should be a great place for all because they sell comics we love! When I visited my first comic shop at 18, the sheer number of comics I saw made me feel like I was in Valhalla, or at least in the presence of the jheri-curled Beyonder (remember him?); at least until I knocked into a shelf with my wheelchair. These days, though, I’m happy to report I find most Comic-Cons and shops pretty accessible for me and that the people involved are actively working to improve.

This editorial, the one you are reading now, came about because of a Twitter conversation on comics and disability I co-moderated with Dominick Evans, through the #filmdis discussion series, a weekly discussion that examines pop-culture (particularly film) and disability. One of the comics we discussed was “Here There Be Monsters,” which was discussed as one of Dan’s Essential Spider-Man stories on a recent Amazing Spider-Talk podcast. When I shared my perspective on it, Dan listened, and invited me to write an article on disability in Spider-Man comics, and the impact of characters with disabilities in Spidey comics.

The impact of disability portrayals in comics can be huge. For me personally, the characters with disabilities in Spider-Man comics (that I share below) taught me that folks with disabilities could be as heroic as everyone else. Aside from a certain lawyer in Hell’s Kitchen, the first disabled comic character I remember reading about is Nathan Lubensky. For those not in the know, Nathan’s was a love interest of Aunt May who used a wheelchair to get around and who had a bit of gambling problem, until his untimely demise in Amazing Spider-Man #336.

Nathan loved May very much and served as a reminder, if not a scolding, to Peter of his responsibilities to her and Mary Jane. Nathan was a bit of a grump, to say the least, but he always tried to do right by those he loved and tried to help Peter do the same. He often lectured Peter about the responsibilities one had to those he loved. Nathan, even in his stereotypically way, always seemed to transcend his stereotypical trappings, that of the nagging old man in the wheelchair, to represent something more. When he scolded Pete about letting May and MJ down he provided real experience from someone who understood what happened when you weren’t there for those you loved. The complexity of that character struck me, and from then on I always searched for characters like Nathan in Spider-Man comics. I found many wonderful characters with disabilities in my search of Spidey comics, and over the years I’ve established a few favorites, including MC2 Peter Parker (RIP), MC2 Normie Osborn, and Anna Maria Marconi (wounded vet Flash is great too!).

MC2 Peter Parker lost a leg in a climactic final battle with the Green Goblin, hung up his tights, and fulfilled his responsibilities as a father to Mayday and Ben and husband to MJ. He still fights crime as a police scientist, and mentors his daughter as she discovers and uses her powers. Peter still feels the desire to put on the costume, but he’s a dad with greater responsibilities (parenting is something he and MJ do so well!) He’s stubborn, goofy, and full of bad jokes but he’s missing a leg, something the series shows frequently. Parents with disabilities have always faced discrimination, even today, so I’ve always found it refreshing that Peter was chosen to be portrayed this way. Normie Osborn’s experience with mental health/psychosocial disabilities really informed my experiences in working with people with psychosocial disabilities. He struggles with the traumas inflicted upon him by a legacy of villainy, but eventually finds redemption. It’s not portrayed as an easy process but eventually the young Normie grows and changes. His portrayal helped me look beyond the stereotypes of psychosocial disabilities as I began my advocacy work, and as I told creator Tom DeFalco when I met him earlier this year, helped me make some of my dearest friends.

When I first read Superior Spider-Man, Anna Maria Marconi was honestly the only thing about the series I enjoyed. Anna was smart, funny, confident and attractive. She’s also a little person. Her confidence and take-charge attitude didn’t remind me of the stereotypical “flawed-but-inspiring” disabled person that so often appears in media, but that of a strong and confident character. Rather than beat around the bush, Dan Slott had her face ridicule over her height in an early issue of Superior Spider-Man, and it was clear that she had dealt wth a lot of awkward questions and assumptions regarding her height, from many people, including those that should, and probably do know better (here’s looking at you Aunt May). The awkward and sometimes ridiculous interactions that Anna Maria had with people based on her height happen to many of us with disabilities (I’ve got some good stories), so that was wonderful to see reflected in a comic. She’s a great addition to the cast, and a strong love interest (though I much prefer a certain feisty, tough and intelligent redhead, Marvel). I know that I can’t wait to see what she does next!

When I think about why the representation of disability in comics is important, I see my own journey as an advocate, but I also see the impact of heroes on people’s lives. Five years ago, I helped create the Silver Scorpion, a Muslim Superhero who uses a wheelchair, working with 19 other American and Syrian youths with disabilities. When we had to draw initial versions of our hero, one of the participants drew Spider-Man. When asked why she drew him, she said he was the best superhero ever. I am of the opinion that the inclusion of characters with disabilities will make him even better, as they already have. There are many ways the writers and editors of the Spider-Man comics could continue to incorporate disability into the Marvel Universe, aside from just running to into disabled characters in New York (there are over 800,000 people with disabilities in New York, according to the Mayor’s Office), and maybe add in a few more superpowered characters with disabilities too!

I’m not a professional writer, so bare with me while I spitball some ideas of simple things that the comics could incorporate both into the background of Spider-Man comics or choose to highlight, if they were inclined to do so, that would continue to include disability in our favorite comics. If we wanted to get really technical, I’m sure that Parker Industries is filed as a federal contractor, if such things exist in the Marvel Universe, so 7% of it’s hires could be persons with disabilities. Perhaps Peter could work with and hire people with disabilities to develop assistive technology, like he did with Aunt May after she injured her leg. With Peter’s teaching history, I’m sure it wouldn’t be a stretch to seem him work with afterschool programs that teach science to kids, some of whom have disabilities.

Mary Jane should definitely make her nightclub universally accessible (goodness knows the Marvel Universe and our universe need more accessible nightclubs) or hold an inclusive fashion show in NY. I’m absolutely sure the creative teams at Marvel can come up with better ideas than these, though I don’t think accessible nightclubs could ever be beat. I’m picturing an entire story arc about them! Still, I would propose that Marvel make it a priority to ask fans with disabilities, disability organizations (especially those that include people with disabilities on their staff and leadership), as well as writers and artists with disabilities to provide help fill out this important perspective.

These past couple of weeks (July 20th-31st), Americans with disabilities celebrated 25 years of the Americans with Disabilities Act. This act enables millions of Americans with disabilities to live our lives and served as a model for disability laws across the world. However, we still have a long way to go. Comics can be a great space to promote inclusion because if done correctly they can reflect the world we live in, including the large number of people and readers with disabilities. When I met Dan Slott at C2E2 this year and talked to him about why Anna Maria was awesome, he reminded me: “We’re all part of the human race.” Amen, Dan. People with disabilities are every bit as valuable as anyone else, and seeing that reflected in comics can save and change lives (and open up access to new markets, too). Comics are a powerful medium and Spider-Man is one of its most powerful figures, and as Uncle Ben always says, “With great power…there must also come great responsibility [to be inclusive]!” 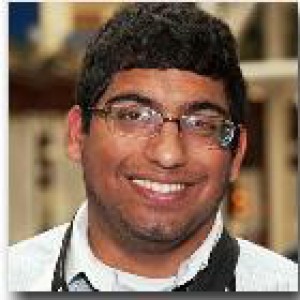