Despite Marvel pushing Invincible Iron Man as their flagship book in the All-New All-Different Marvel branding, All-New All-Different Avengers was the book that got the Free Comic Book Day treatment this year, well in advance of this first issue. Given the crowded stable of Avengers books hitting the market at the moment, this book is perhaps the most befitting of the Avengers name, given the roster of characters that make up the veteran Avengers. Team books can be hard to launch, especially when in-story it appears that no proper team of Avengers is even active. Which means it’s up to the writer to come up with a compelling reason for the team to unite, and for an eclectic group of heroes to start working together as a unit.

In the recent launch of Uncanny Avengers, Gerry Duggan hit the ground running, with his Unity Squad already put together, despite the downright strange grouping of characters he has on the team. Here, Mark Waid sets out to put the team together through an unfolding adventure, which is part of what impacts the enjoyment of this particular issue. By the issue’s end, readers still don’t have an assembled squad of Avengers, as only three of the future members of the team participate in the main story, and not much actually happens at that.

As the so-called “main” Avengers book, this title has more resting on its success than the other Avengers books in the line. This title is the true heir to the adjectiveless Avengers legacy, unlike New Avengers and Uncanny Avengers; it will feature longtime Avengers stalwarts Vision and Iron Man on the team, plus iterations of Captain America and Thor; it will promote newcomers Nova, Miles Morales and Ms. Marvel to the big-time; and it has to do the heavy lifting of setting up a post-Secret Wars world, eight months removed from its conclusion, without that very same conclusion having been published yet.

The main focus of the A-story here is Sam Wilson, still getting used to being Captain America, and a chance encounter with Tony Stark, which in turn leads to a car ride by the old Stark Tower and subsequently to the big fight sequence of the issue. If that sounds like a simplistic plot from an old-school Marvel adventure, you wouldn’t be too far off the mark. Waid tries to be topical with how he handles Captain America, by having his race become an issue for the media covering the aftermath of a daring rescue, but it is not deftly handled, and instead hits with a loud thud (especially when compared to the excellent work Nick Spencer is doing on his own Sam Wilson, Captain America). The place-setting nature of the book reads clumsily, as Waid explains part of Tony’s new status quo, with regards to his wealth, or rather lack of it. It would feel less out of place if it felt like it jived at all with Tony’s characterization in his own book.

The notion of having an inciting event which brings all the future Avengers together in one place to assemble is a strong concept, and one which has been a driving force for the Avengers for decades. When Brian Michael Bendis relaunched New Avengers over a decade ago, he had a breakout at the Raft be the incident that brought the Avengers together. So the concept of having a major incident do the same once more isn’t a bad one, but it can feel a little lazy, depending on how it’s executed. And in the lead story here, it feels quite lazy. Miles Morales’ inclusion still doesn’t make sense to me, no matter how many times I read his sequence over. He literally shows up out of nowhere, and although there’s a throwaway line about why he’s there, it still doesn’t make a whole lot of sense. The villain here is a Chitauri warrior who was most recently used in the last Nova series, which is an interesting choice to say the least. The evil business mogul who’s more than what he seems is familiar, which will at least create a sense of mystery (sound off below with your thoughts on who you think it might be, IF it’s a returning character and not a new one, with my money being on the former).

The artwork by Adam Kubert is exciting and fast-paced, with cinematic page layouts. If I have a major criticism about the art, it’s that it’s not always the clearest in terms of the flow of action in a specific panel, or even from panel to panel. The opening sequence, however, is probably the best art of the story, as the artwork felt more rushed as the story progressed.

The back-up story is what makes this issue more enjoyable, and saves it from being squarely in mediocre territory. However, as good as the back-up story is, it doesn’t feel like it’s a story meant for the first issue of a new Avengers book, as it instead reads like an excellent Ms. Marvel / Nova crossover issue, showing their first meeting. Mahmud Asrar brilliantly handles the art chores, with a clean and simple style which captures the youth and vitality of the two heroes. Waid’s use of alternating internal narration isn’t something new, as it was often used in Loeb’s Superman / Batman, not to mention Matt Fraction’s Sensational Spider-Man Annual #1 (recently covered by Dan & Mark in one of their Essentials episodes of the Amazing Spider-Talk podcast), but it’s still an excellent device to keep the action moving, and making these characters’ interaction snap, crackle and pop. The way in which they interact makes me very excited to see what else Mark Waid has up his sleeve, and also makes me breathe a sign of relief as he manages to nail these characters’ core personality traits.

For a debut issue of a new team book, this issue does leave a lot to be desired, as we only see a handful of the team members even get together, and it may be difficult for the various characters to assemble in a way which feels organic and not hackneyed. The focus is on characterization this time around, compared with the last re-launch of the Avengers books as handled by Jonathan Hickman, who implemented complex plots and worked out from there. There’s a lot of potential here, but thus far that’s all it is, a promise of what this book COULD be, instead of a statement about the book that it IS.

Listen to our podcast, the Ultimate Spin, to hear us discuss the issue. 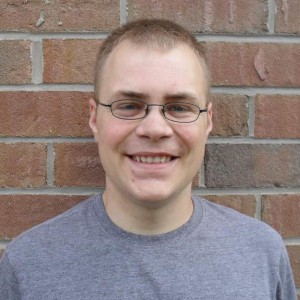