NOTE: THIS REVIEW IS SPOILER-FREE.

For those that have yet to discover young adult fiction writer Jason Reynolds’ work, you’re in for a treat. His characters face some of life’s toughest punches, yet survive and grow from their experiences. Their voices are real, funny, and relatable. Their stories are challenging, heartbreaking, and inspiring. Reynolds’ novels never shy away from the harshness of the world, but still champion hope, persistence, and self-worth. They’re the books I wish I had as a kid, and why I was thrilled as a parent (and a Spider-Man fan!) that he’s brought his talents to Miles Morales and his world.

In Miles Morales: Spider-Man, the award winning author delivers a thoughtful and nuanced take on the classic Spider-Man themes of power and responsibility. This engaging novel follows a teenager learning to push back against the world’s assumptions in order to define his own identity. While he may be new to providing the voice for someone else’s creation (and a superhero, at that!), Reynolds’ confident yet considered approach to character development makes him the perfect fit for Brooklyn’s favorite wall-crawler.

Reynolds makes Miles’ debut novel welcoming to as many readers as possible. He skillfully weaves key background on Spider-Man’s origin and unique powers into the story but avoids references to Peter Parker, different dimensions, and other superheroes. While the source material isn’t explicitly contradicted, Reynolds ensures that it’s not essential before jumping in with this book. As far as this novel is concerned, Miles Morales *is* Spider-Man, with no qualifiers necessary.

That said, this isn’t your typical Spider-Man story but instead a fresh take on the “everyman” aspect of the character. When we meets Miles in the novel, he’s dealing with the realities of choosing Spider-Man over his personal life and wondering if he can continue balancing both. He’s got challenging classes at school, scholarship pressure, work commitments, and new feelings for the cute girl that likes poetry and sits near him in class. He sees different types of social injustice in his neighborhood, discovers a painful family secret, and his powers are suddenly creating problems for him. Reynolds crafts a complicated web for Miles, a thoughtful kid that looks to the people around him to try and make sense of it all.

Similar to Reynolds’ work in Ghost, The Boy in the Black Suit, and the powerful All-American Boys (co-authored with Brendan Kiely), Miles Morales considers the role of family as an influence on our life choices. Miles has a great relationship with his parents, but is haunted by a more complicated one with his late uncle and the spectre of his father’s criminal past. So when poor decisions involving his abilities lead to severe consequences that affect other people, Miles wonders if he’s somehow predestined to go down a bad path, and if he’s worthy of being Spider-Man.

Fortunately, Miles’ journey is supported by a vibrant cast.  If you already know them from the comics, you’ll immediately notice their new realistic Brooklyn speech patterns and enjoy learning new random details about their lives. These little touches make the characters leap off the page and even more likable. Rio and Jefferson are loving, hard-working parents that enjoy laughing with and at each other, yet easily pull together as a family when Miles’ choices at school disrupt their lives at home. Best friend Ganke is magic, stealing every scene he’s in with laugh-out-loud dialogue on a range of topics that include Korean poetry, romantic advice, the responsibility of being Spider-Man, and body odor. But even he’s given new depth when we learn that his charm and bluster hides a deep and perhaps familiar pain. The spirit of Uncle Aaron looms over Miles, both in the echo of his damaging last words after their fatal battle, and through a new revelation that affects their entire family in the present day.

The novel’s expanded cast gives Miles new perspectives to further help shape his own. He’s inspired by his progressive English teacher Ms. Blaufuss and frustrated by antagonistic history teacher Mr. Chamberlain. There’s a wonderfully down-to-earth love interest in classmate Alicia, who encourages Miles to express himself in new ways and find his truth in the process.

Miles himself is bright and sincere, aware of his challenging legacy and determined to rise above it. The novel cleverly uses Miles’ own written words (school assignments and letters) to give the reader a better appreciation of the tangled feelings he’s working through while balancing his two lives.

Rest assured, the novel makes time for Spider-Man action sequences. These moments for Miles (both in and out of costume) successfully meet the challenging task of being exciting without the benefit of visuals. Reynolds’ fight choreography and web-slinging descriptions flow effortlessly, carrying the reader along for the ride with dynamic descriptions that are easy to visualize as comic book panels or a movie scene.

The surreal nature of the book’s villain provides a very different type of threat for Spider-Man and Miles in particular. Reynolds takes the character into difficult but important thematic territory. While some might take issue with the direct manner in which it’s presented, it’s worth noting that the novel is aimed at readers ages 12 and up. The ideas behind the villainous plan are worthy of real-world discussion and I applaud Reynolds’ adept approach at conveying them while respecting his younger audience’s intelligence.

Whether you’re new to reading about Miles or have been following his adventures for ages, this is a book that speaks to the heart of what makes Spider-Man such an appealing and enduring character, no matter who is under the mask. Highly recommended. 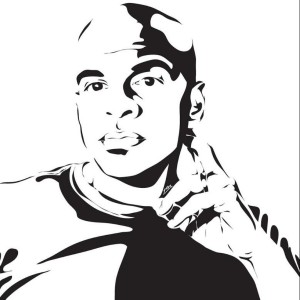