It is a given that any video game based off a film is guaranteed to stink, almost doubly so for Spider-Man franchise games. Many gamers would say the best Spider-Man game to ever be made was based off the Sam Raimi film, Spider-Man 2 while others have made the point that the Ultimate Spider-Man game that came out in the early 2000’s, based off the Brian Michael Bendis comic series, far surpassed it. In any Spider-game, the same problems always seem to occur within gameplay and story. Be it the fact that the writers try to pack in too many references for the comic readers instead of general audiences or the fact that the game mechanics just can’t match what our imaginations give us when we imagine Spider-Man in action, or that the game developers don’t have the time to get it right, these issues occur in games time and time again when it comes to the web-head.

Amazing Spider-Man 2: The Video Game starts at Ben’s death and has Peter tracing down the killer of his dear, old uncle. This is important because a criticism many fans had with the first and current Amazing Spider-Man films is that Uncle Ben’s death was treated like a speed-bump rather than a life-altering and world-shattering event. It also helps that Peter is really quite funny in this game. Despite not retaining any of the actors from the films to jump on for voice work, the cast still fits their characters. From witty quips such as, “Man, I was in the zone! Hey unconscious Bad Guy — was I in the zone or what?,” to non-sequitor asides such as, “Sometimes I wonder what would’ve happened if I’d been bitten by a hedgehog?;” Peter’s humor really breaks through in this game. His interactions with Herman Schulz/The Shocker, his jabs at the fatness of Wilson Fisk/The Kingpin, and the lame one-liners he fires off consistently at regular old street goons showcase that Spider-Man is essentially a stand-up comedian.

Other good aspects are the treats the writers give us. Name drops like Mr. Negative, references to the villains that were eluded to in the film (such as Vulture and Doc Ock), off-hand references to Chameleon, Norman, Carnage, and others — there’s a lot here to suggest to players that the writers of the game at the very least knew the lore. There’s even cardboard cut-outs of Alpha and Scarlet Spider in the comic shop that Stan-The-Man-Lee owns. Yes, once again, as he was in Amazing Spider-Man: The Video Game, Stan Lee is a non-playable character and an old family friend.

Best of all, a few times Peter will make an internal observation of why there are no such things as good henchmen (a clear Superior Spider-Man reference) and in a direct reference to Ultimate Spider-Man by Brian Michael Bendis, Kingpin admits to buying the rights to Spider-Man’s likeness in order to make money off his image. The writers are fans and they know the fans are most likely to pick up a game based on the film rather than pass on it for all the reasons we should, and there are plenty of reasons.

There’s a lot of bad elements in Amazing Spider-Man 2: The Video Game, in all honesty; simple errors that any game developer could fix. Despite all the nods to Spider-Man lore, as the game goes on it becomes clear the developers really had no idea what the script for the film was. Perhaps the better question is: why should they? It’s not like Sony would have told them, and who knows how many re-writes the film’s script had gone through by the time the game started being crafted? The fact is that the story feels like a group of Spider-Man fan-writers saw the Big Game TV spot (that four minute trailer that played) and decided to do their best at figuring out where the story could go. They got it all wrong.

Almost none of this game matches up with the story of the film and barely makes reference to the first film. Only through Stan Lee’s mentioning of the apartment and Aunt May’s dottering over Gwen (who never appears in this game) do players have any indication that this game is even related to the first film’s game adaptation. The story is rough, to say the least. It seems Kingpin, through Fisk Industries and OsCorp, recently handed to Harry Osborn, are working together to eliminate the threat of crime that Spider-Man seems to not be making any kind of impact on. despite the player trying their darndest. In doing so, Fisk is overplaying his hand trying to outwit Harry and force all competing crime out of town.

Harry is flippantly aware Fisk is corrupt but seems more intent on getting Spider-Man’s blood for a cure for his disease. Additionally, Black Cat is expected to lure Peter into a death trap while Kraven trains Spider-Man to essentially hunt himself… or something like that. Cletus Kassedy shows up as the Carnage Killer, murdering villains and criminals just to see them die, and Kraven tries to show Spider-Man the sport of hunting the genetically altered cross-species leftovers from OsCorp, to which there really only seems to be one, and that’s Spider-Man. How he didn’t see that coming, I have no idea. To say the story is stuffed would be a great act in understatement.

Aside from wonky story there’s graphical issues: hair sticking out of ball caps, guns disappearing into walls despite being smashed by Spider-Man, even being picked up when a villain stands in front of a wall long enough, despite being decked repeatedly in the back of the head. There is no auto-heal or first-aid kit/potion healing options, you sort of just have to choose the right time in the middle of a fight to heal yourself and trust me it takes time, as long as 5 seconds in the middle of a battle with Black Cat or Kraven the Hunter. This breaks the flow of combat, despite adding some necessary skill, but isn’t really that fun or something you want to be caught doing.

Luckily, the costumes come in handy. You can unlock different costumes by breaking into and stealthily defeating armed Russian mobsters in their hide-outs. For some reason they are guarding OsCorp technology despite the fact that Harry Osborn’s/Fisk’s new group, the crime-fighting, weaponized, Task Force, is actively trying to put down the Russian gangs down.

But it gets worse.

Yes, Carnage, Black Cat, Kraven, and many others show up, sure the graphics aren’t great. But as bad as some things are and as great as some things seem to be, there’s a lot of crud underneath the surface.

The moment to moment gameplay is atrocious. Targeting is near impossible and dodging attacks when there’s guns involved is literally impossible. As a player, unless you take it upon yourself to master the game mechanics of the control pad you cannot get in a fight with guns and not be hit. As Spider-Man, that’s a big deal. He doesn’t carry a lot of armor and despite unlocking some various costumes that increase healing rates and such, there’s nothing Spider-Man really can do about bullets except dodge them. The fact that any perfect combo move is immediately interrupted once a gun is introduced is discouraging to say the least.

Then there’s Spider-Sense mode. In the Arkham game franchise by DC and Rocksteady (now Rocksteady Canada), there’s Detective Mode. This is used to enhance visuals, see things through walls, hear threats before they come, and make Batman’s already incredible innate detective abilities sync up with his high-functioning tech. Spider-Sense mode tries to emulate this gameplay addition but fails horribly. It actually hinders your ability as a player to get any mission done correctly. The darkened screen is awful and the red lights indicating the direction enemies are gazing is almost blinding in a swell of shadows. I don’t understand how any game developer can justifiably create a mode of vision that actually corrupts the player’s ability to fulfill stealth missions.

On that note, what is with game developers trying to create stealth missions they have no business developing? A Spider-Man game should absolutely have stealth missions, but if you are not going to be the kind of developing company to take the time to create decent stealth missions, don’t bother. Targeting is already tricky and awkward, there’s no auto-target mode, and the camera is twitchy and unrelentingly frustrating. Stealth missions demand that Spider-Man be dangerously close to enemies to the point where you will blow many missions just trying to snap a bad guy up in a web-snare.

Electro appears in the game and despite being a core villain in the film, he’s a side-villain at best in this game. Kraven is given incredible development in this game while Max Dillon’s story is hardly given a thought. Dillon’s transformation into a villain is completely lost, his appearance completely unlike Jamie Foxx’s, but any chance of relating to the character is lost as his accident, his interactions, even his very life, are all captured off screen and given to Spider-Man second hand while the player acquires journal entries of various characters.

Speaking of likeness not getting right, it’s understandable if Peter Parker is going to look more like a Peter Parker and not “Amazing Spider-Man“‘s Andrew Garfield Peter Parker. However, the developers still got Peter Parker’s depiction wrong. Blame it on last minute graphics, poor developing skills, but I played this game on a very good resolution LED TV through my Playstation 3 and Peter looks strikingly like Ganke from Miles Morales: Ultimate Spider-Man. Sam Riegel does a perfectly fine job voicing him, but in close ups with Kraven and Harry, Peter looks like an overweight, awkward, young Asian man. Even worse is Harry who looks more like the doofus who replaced Topher Grace on That 70’s Show rather than actor Dane DeHaan. However the most egregious character depiction in the game is that of Gwen Stacy, who has disappeared from the game altogether.

Emma Stone is a beacon of light and hope as the iconic woman of Peter’s life. Gwen’s the girl who didn’t just get away, she was lost to him in a tragic end. Gwen’s presence in a Spider-Man story, especially an early one with no Mary Jane, is about as necessary as the spider that bit him. The game is a total sausage fest except for Black Cat, who makes strange and awful proposals to Peter about leaving his responsibilities behind, and Peter seems almost stressed to respond with a “no.” There are no strong female roles in this game, (and how awesome is Emma Stone, right?) and it really only proves once again that game developers think of the guys with controllers long before they ever think of the girls with controllers, even in a Spider-Man game. Gwen’s absence in the story is sorely missed. Her dynamic could have been useful as she was incredibly helpful and fun to talk to in the first game. Even Dr. Curt Connors was a joy to interact with. This time around, the cast is brooding and when you talk to anyone it’s essentially an interrogation for information. It’s safe to say, the game suffers greatly by not even trying to base itself on the film.

When all is said and done, Spider-Man’s suit looks great, his mid-air flips are fun, and though targeting is a struggle, web-slinging is immensely pleasing. It’s safe to say, that is absolutely not enough to make up for all the shortcomings this game has. Amazing Spider-Man 2: The Video Game is far from amazing and oceans away from superior. The word disappointing is hardly ever used in the same sentence as our web-crawling hero but it’s safe to say Spider-Man’s latest game is just that. 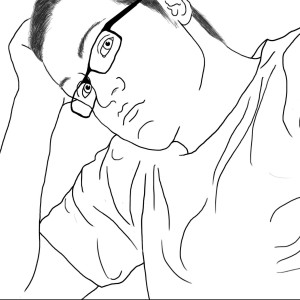