Spider-Man is in a situation that may be just as bad as having his mind swapped with Dr. Octopus. Peter’s mind has been erased of all the responsibility he’s learned from his Aunt May and Uncle Ben. That’s apparently what some villain has done to our hero in the Infinite Digital series Amazing Spider-Man: Who Am I? He/She has wiped all of Spidey’s memories and turned him into a bank robber! But if you’re looking to find out how this could have happened to the web-head, you won’t find many answers in Amazing Spider-Man: Who Am I? #2.

This issue is a dramatic shift in pace from the previous one. While Amazing Spider-Man: Who Am I? #1″ had all the high-stakes action of a bank robbery, this issue mostly featured Spidey surfing the internet and riding in the back of a van. It’s not that writer Joshua Hale Fialkov is intentionally trying to be boring, but after all the action of the last issue, Peter needs time to figure out who he is. In one of the funniest moments of the issue, Peter Googles himself (or in this case “FindingThingsOnTheWeb” himself) to find a clue and has more than enough JJJ writings to help him fill in the blanks.

Last issue, there was a reference to a “boss,” revealing that there was some larger power at work here. But very little more is revealed about this person here. Spidey has a memory (or receives a transmission) warning him about “The Profit,” with someone who may be Maria Hill telling Peter to “push down everything, otherwise, he’ll know.” Other than those 4 panels, we still don’t know anything about how Spider-Man got into this situation.

I continue to assume that one of the main themes of this series is the nature vs. nurture aspect of Peter’s heroics. Is his character a product of his upbringing? And if those memories were taken away, would he still be a hero? At this point, the verdict is still very unclear. Spider-Man saves a woman from certain death with a web line (nitpickers will have to ignore how fast the web dissolves), but he never once questions his role in this robbery crew. Peter comes off very naive and nonchalant about his involvement in this string of crimes. Is this the real Peter: a man so lonely and hungry for camaraderie that he’s willing to go along with anything? It’s my hope as a reader that these themes are investigated further, but there are already moments hinting that his amnesia may crack without much deeper introspection.

The production of the digital comic was one of the highlights of the first issue, but in Amazing Spider-Man: Who Am I? #2 it was much more traditional and subtle. In the first issue, Geoffo and Mast created panels that literally added action to the story. Panels would read from any direction, surprise the reader and add to the suspense. In this issue, the majority of panels lacked this action and read in many ways like a typical comic book.

Juan Bobillo’s art is also more toned down than issue #1. Last issue was filled with many exaggerated poses and elongated limbs. In this issue, the poses and physiques are much more typical and traditional. Bobillo’s only real chance for action is during one short flashback to the bank robbery of issue #1.

Overall the art and production reflected what was going on in the story. It’s hard to create suspense and action in a scene where Peter is Googling himself or riding in the back of a van. While this issue may have been necessary in the overall scheme of the series, hopefully future issues will return to the tone and form of issue #1. 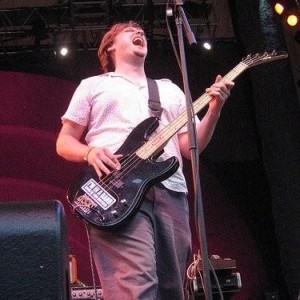