Welcome one and all to a new edition of Spidey Swag where I will walk you through the news on the latest Spider-Man collectibles. This time around we’re gonna take a look at the “Marvel Legends Spider-Man” set of action figures that assembles a Hobgoblin BAF. Not sure what either of those are? Don’t worry. I will explain in good time, but first let’s start off with a joke.

What do Russia and J. Jonah Jameson have in common?

They both believe Spider-Man is detrimental to society! Seriously, Chechnya (a republic of Russia) wants their children to dispose of their Spider-Man figures in favor of the new, national hero, modeled figures they will be releasing this spring. I hope one of these national heroes has wall-crawling or web-swinging abilities because there is no substitute for the real deal.

Enough fooling around, let’s take a look at the Hobgoblin BAF. First off, “BAF” stands for Build-A-Figure and that basically means that each figure in the set comes with a piece for another figure. Buy all six  and then you can assemble the BAF, which are usually impeccably designed and finely detailed. For this set we don’t just get any Hobgoblin, we get the Phil Urich version of the Hobgoblin. As a collector, I have to say I’ve been dying to get my hands on a figure of this particular character ever since he made his first appearance as the Hobgoblin in Amazing Spider-Man #649. This figure comes with his flaming broadsword and a pumpkin bomb. I just wish I could get him to laugh at my jokes.

Once you’ve opened every figure, each piece connects together very easily and is just as poseable as the figures in the set. The wings come fully extended and don’t look like they fold up, so this figure is going to need quite a bit of space on your shelf. If the Ultimate Green Goblin BAF, from a previous set, is anything to go off of then this figure is going to be slightly taller than the rest of the figures in the set, which is hardly a deterrent. The likeness of this figure is perfect, Hobgoblin looks just like the comic book version drawn by Humberto Ramos, one of the main points of collecting these action figures.

While the Hobgoblin is the final product, which is reason enough to buy this set if you’re a Hobby fan, the other figures in the set are just as special, particularly the Spider-Man figure! This particular figure comes with an alternate head that has his mask raised and even comes with a pizza slice. Just like you always wanted, Spidey chilling on your shelf having some pizza. This figure alone has a fun goofy aspect to it that makes it worth opening. He comes with the standard “web-shooting hands,” fists, and open hands so he can hold that slice.

This set also includes an Anti-Venom figure for all of his fans, maybe that’s just me at this point. There has only been one other Anti-Venom figure and there are some stark differences between the two figures. The Anti-Venom in this set has less detail than the “Marvel Select” version, but this figure is a lot more poseable. He has moveable shoulders, waist, and feet. He doesn’t come with any additional parts for himself, but his hands are as huge as they should be. Pretty rad, right?

While there have been plenty of Spider-Woman figures in the past, this set  includes the first ever Ultimate Jessica Drew action figure. Unfortunately, her box only reads “Warriors of the Web” and not “Ultimate Spider-Woman” or “Ultimate Jessica Drew.” In every Marvel Legends set there are at least two figures that are not given their name, for whatever reason. The other character in this set without a name and only the title “Warriors of the Web” is the Mayday Parker figure, aka Spider-Girl. Both characters were just featured in the “Spider-Verse” event, so now you are one step closer to playing “Spider-Verse” in your backyard, if you’re so inclined.

To no one’s surprise, there is a new Spider-Man 2099 action figure in this set. This character’s popularity has been on a steady rise as of late and there have been three other figures made of 2099 in the past few years. One for the “Marvel Universe” line, one for the “Spider-Man Origins” line, and one for the “Ultimate Spider-Man Titan Hero Series” line. It may seem like much, but he’s Spider-Man 2099, he’s cool and from the future. You can never have enough of him. We just don’t need another Titan Hero series figure of him because that figure is just awful looking.

The last figure in this set isn’t a Spider-Man character, but a Spider-Man team up character. Though it might seem random, the creators decided to include Daredevil in this set of figures. The figure looks really great and even comes with the pouch on his leg to hold his billy-clubs. The clubs also connect together to make a staff, which makes it better than most previous Daredevil action figures that usually have him just come with nunchuks.

So which characters come with what piece?

All of these figures, except for the Hobgoblin, stand at an average of six inches tall. Each figure has a wide variety of movement, is poseable, and comes with a different piece of the Hobgoblin figure. I have yet to see any of these figures in stores, but they are available on both Amazon and BigBadToyStore as a complete set. BigBadToyStore only has two figures available for individual purchase and Amazon only has all of the figures available for individual purchase (links listed above). The average for these figure is around around $21.99. On Amazon you can already tell which figures in the set are the rarest by looking at the prices, Daredevil and Spider-Man 2099 are over $30.

After the success of this set, a planned Rhino BAF set will be released for Wave 2 of the “Marvel Legends Spider-Man” series. We will be covering this set when it releases and as always, good luck on your collecting and try not to break the bank. 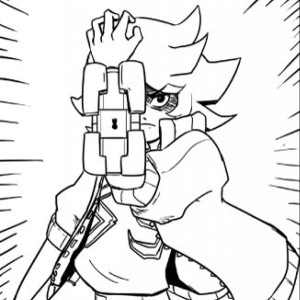