Avengers Standoff: Assault on Pleasant Hill Alpha #1 kicks off the summer event season with a pre-event event from Marvel Comics. Written by Nick Spencer, with art from Jesús Saiz, and letters from Clayton Cowles, this extra-sized issue (can’t say “double” because thirty-four is not twice twenty) revisits the Kobik program – a plot device from Captain America comics that predates the most recent Secret Wars event series.

The Kobik program is based around Pleasant Hill, an idyllic American town that has a deep, dark secret. That secret brings Sam Wilson and Steve Rogers back into the same comic book, which also includes Bucky, the revealed identity of “The Whisperer” from Captain America adventures, and a huge dose of S.H.I.E.L.D.

Spencer keeps the story moving, adding in humor and humanity along the way, but he gives readers enough to know that the grumpy faces on Saiz’s art are deeply rooted and won’t be fading any too quickly. The writer does a nice job of approaching the plot from two different angles, splicing the two stories together and setting up one hell of a confrontation. In the middle of that development, Spencer adds in a twist, agrees with the reader that the predictable should happen, and still manages to pack the final quarter of this comic with some significant surprises.

Letterer Clayton Cowles snatches the chance to unite the three characters in this comic that have slung Captain America’s shield, and he does so by using red, white, and blue caption boxes. And it works magnificently, adding a visual bridge between story and art.

The story includes some nice, wholesome bits of history: Cap’s, Bucky’s, the Cosmic Cube, the universe, and darn near everything. Well, almost everything. There’s a snazzy flashback in there that reminds readers how connected the Marvel Universe was once upon a time and that those connections are still present, they just need to be freshened up every so often.

Saiz is simply masterful when it comes to drawing. His characters are always very consistent and distinct, which really helps in this issue, given the sheer quantity of talking heads in Avengers Standoff: Assault on Pleasant Hill Alpha #1. There are plenty of moments for Saiz to get creative, however, including but not limited to the aforementioned flashbacks. The action is sporadic throughout, but the promise of future developments is imminent. Saiz delivers some great single-panel stories that are directed by Spencer’s script, with a final, jaw-dropping cliffhanger to close out Avengers Standoff: Assault on Pleasant Hill Alpha #1.

Saiz is also coloring this issue, which ranges from sublime to learning. Things like using color to hold the edges of the details of Sam Wilson’s Captain America uniform or the color bands on the iconic shield are nice touches, that make Avengers Standoff: Assault on Pleasant Hill Alpha #1 really sing. Unfortunately, that same technique when applied to a plate of food comes across as a minimal effort. Having worked extensively with Photoshop, I know that effect is the exact opposite of minimal effort, but rather an indication that Saiz could make some better choices in selectively applying that technique, especially when he so predominantly uses the traditional choices of rich shadows and hatching to describe depth, detail and lighting.

As I did in the Secret Wars reviews, so I shall do here. Here’s your Spider-Man update for this issue: he doesn’t show up at all in the thirty-four pages of story in Avengers Standoff: Assault on Pleasant Hill Alpha #1. Not in flashback, not in real time. Only tangentially, and, in a sense, this is the connection I am here to serve. Paste-Pot Pete appears. Well, the Trapster as he’s known nowadays. How does that connect? Well, true believers, my first Spider-Man comic was Marvel Team-Up #58. Spider-Man and Ghost Rider. Who were they fighting? The Trapster. See? Dots connected to bring this around to Spidey right now. Sure, if this is worth its salt and entrenched in the Marvel Universe, it will most likely find its way to bring Spider-Man (-Men?) in much, much deeper, but for now, this is a Captain(s) America comic with a healthy dose of S.H.I.E.L.D. as written by Nick Spencer and magnificently drawn (and colored) by Jesús Saiz. And it’s a fun read, just like the J. M. DeMatteis and Roger Stern-era Cap stories: loud, explosive, entertaining, and apparently impactful.

A little light on Spidey, but rich on recap and history, Avengers Standoff: Assault on Pleasant Hill Alpha #1 gives readers a nice encapsulation of all things Captain America and sets up a sixteen-part crossover set to bridge three months of several different titles. Where the crossover goes from here, and how quickly, remains to be seen, but for now, this is a strong start that establishes a solid foundation to build upon. 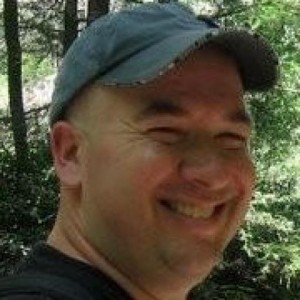