In Spider-Man #21 Brian Michael Bendis and Nico Leon answer that question in both an obvious way and with a bit of twist. They reaffirm the truth that we already knew before, but also open an unexpected new door.

First, what we already knew. Miles is not that different from Peter. Miles and Peter both fit a similar awkward/cute, everyday-guy-trying-to-get-by, big-hearted selfless hero archetype that defines who and what a Spider-Man should be. But as with all people, their differences are defined by their surrounding – where they grew up and who influenced them.

This story elegantly and heartwarmingly reminds us that what makes Miles so unique is his supporting cast. What made Miles Morales’ adventures so engrossing in the first year (before it got bogged down in crossover after wheel-spinningly disruptive crossover) was the core cast of characters Bendis and Sara Pichelli created for the new hero.

My reviews of the last few issues have glowed with the renewed prominence of Ganke and what that friendship means to both the hero and the book, and I’m happy to report that this issue similarly renews the impact of Uncle Aaron and Jefferson on Miles’ life.

The memory of Uncle Aaron still haunts Miles to this day, but it’s nice to once again see the side of his uncle that made him such a big part of our hero’s life. Aaron wasn’t always a villain to Miles. In fact, Aaron was once Miles’ escape when the kid’s father was too overbearing or strict. Aaron’s was a place where he could goof off and learn about the world in a different way from his father’s view. Despite the later villainy, Aaron gave Miles any levels of charm or personality that the young man carries with him to this day. Bonus points, Aaron instilled in him lessons learned from countless kung-fu films – oddly appropriate for a kid who grew up to be superhero.

On the other side of the coin from Aaron is Miles’ dad Jefferson. Jefferson was the father who maybe went a little too far in assuring his son didn’t make the same mistakes of previous generations and was set up for a good life. Seemingly too strict or protective, Jefferson is actually the first person Miles will call when he’s in over his head. Jefferson is what gives Miles that all important Spider-Man trait of “responsibility”.

(I absolutely melted when Miles realized how big of trouble he was in and phoned his dad without a second’s hesitation. That whole call was wonderful – look at the way Leon changes Jefferson’s face and demeanor change over the course of the scene. From worried, to Liam Neeson “I have a very particular set of skills”, back to pride)

So that’s the obvious of what differentiates the Spider-Men, but the unexpected is where things really get fun.

This trip to Tokyo lights a fire in Miles that combines his father’s years of S.H.I.E.L.D. experience with his own Spider-Man abilities which reveals to Miles a proclivity for superhero international espionage. It’s odd. It’s unexpected. But he looks so damn snazzy in that tux that it works.

But beyond the tux, it makes sense for Miles following in father’s footsteps. As immediately off-putting as the idea might seem on the surface, Bendis and Leon just spent an arc proving that it can work once. Why not again? If you still need convincing, that final page should do it. I’m an unabashed fan of superhero pairings that have never been done before or even make no sense on the surface. This is one of those, and should be so weird/fun.

My only real hesitancy in recommending this issue comes in the closing fight scene. Leon’s stellar character work isn’t echoed in the battlefield. Most of it is solid, but a handful of panels are unattractively angled and hard to follow. But the biggest fault with the fight isn’t Leon’s, but Bendis’. Because Miles gets out of the fight by once again using his deus ex machina called the venom blast. That power is such a crutch at this point that it would be funny if it wasn’t so infuriating.

But I so thoroughly enjoyed every single other aspect (shoutout to Ganke’s souvenir) of this chapter that not even the hated venom strike could sway my positivity. Miles is perfectly positioned for the future now, let’s see where Marvel Legacy takes him. 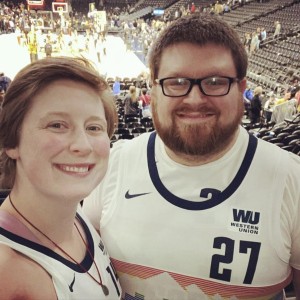