Ben Reilly: The Scarlet Spider #8 marks something of a new era for the series. Since the beginning, writer Peter David has slowly repositioned Ben Reilly from the villain posing as a hero to something more like a genuine hero. This process culminated in the last issue, symbolized by a face that is no longer scarred. This issue begins a new arc, introducing some characters who, like Ben himself, have been out of the mix for some time. This comic dives headfirst into the 90s nostalgia that brought its protagonist back from the dead.

Peter David employs a time lapse to explore how the events of “Secret Empire” have asserted themselves upon the series. The issue picks up immediately after the last issue, with the Scarlet Spiders reaching some sort of closure on their feud. The issue then skips an undisclosed amount of time after the end of “Secret Empire”. This device was probably David’s best option for dealing with the implications of that story, in particular, the devastation of the city following “Secret Empire”. It is interesting how only a few days can make the difference in how one reads a comic book. This comic released last Wednesday but I wasn’t able to review until after the weekend, immediately after what is now the deadliest shooting in modern US history happened in Las Vegas. Perhaps it was because of the constant news coverage, but it was difficult to not think of the shooting when reading the story, nor could I see the disaster relief without thinking of Puerto Rico. It was simply impossible for me to read the book without thinking of those two events. The book inadvertently combined two of the biggest headlines of the week.

Despite the shadow of this enormous battle looming over the city, the comic has taken on a lighter shade of nineties silliness compared to previous issues. This series experienced a bit of a reboot last issue. It’s dizzying to think of where the character of Ben Reilly was compared to where he is now. It much more resembles the kind of comic many of us hoped for when we first heard Ben Reilly would return in his own comic. The comic seems to be a part of Marvel’s broader efforts to tap into nostalgia for that era, along with Venom’s return to prominence. This issue furthers that trend by delving deeper into the era to bring back the late nineties group the Slingers. The Slingers were a short-lived super team based on some of Peter Parker’s discarded non-Spidey alter egos. They, like Ben Reilly himself, might have easily never resurfaced again if the timing were not right.

I’m still not crazy about Will Sliney’s art, but either he has improved over the course of his brief run here or he’s starting to grow on me somewhat. I still think the anatomy of his figures looks odd and that their movements stiff, but there is also quite a bit to praise. His backgrounds are quite detailed. In particular, that spread establishing the post-“Secret Empire” scenario is particularly well-rendered. Also, for whatever reason, he seems to draw Slingers members Hornet and Ricochet particularly well, which is a good thing since they appear to be here to stay for a bit. One confusing detail: Ben and Abigail have a conversation about Ben’s hairstyle change, though his hair has not changed discernibly in any way from the earlier pages. My guess is that a miscommunication omitted a return to Ben’s Clone Saga-era blond hair.

I’m more invested in this book than I was after the opening arc. I still haven’t quite pegged the “new” Ben. The Ben of the first several issues was still basically a jerk. It’s not clear how much Ben is different from the iteration we met in the beginning of the book. This issue presents Ben as an apparent hero. This book feels almost like a completely different book with a different protagonist. This book now focuses on the redemption of this character, and while it’s clear he isn’t the detached jerk he was at the beginning of the series, it isn’t so clear how far he’s actually come. He appears genuinely invested in finding a cure for Abigail, who remains sick despite her resurrection in the last issue.

As of right now, this book hasn’t quite risen above being a nostalgia-fest quite yet. Positively stated, it captures the dumb-fun feel of that era in a way that is affable, but ultimately meaningless. Ricochet’s appearance at the end reminds us all of how incredibly ill-conceived many costumes from that era were. Why is he wearing a jacket over his spandex costume? What’s the point in having a hole in the top of his mask just to so we can see his hair? That said, the book seems to have gotten in a bit of a groove and I look forward to reading what happens next. 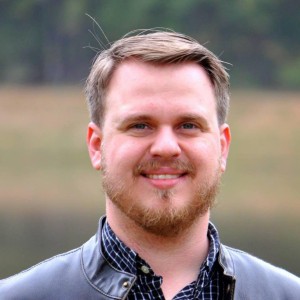