This past weekend was the yearly San Diego Comic Con, the world’s largest gathering of comic fans, cosplayers, collectors, and media conglomerates eager to showcase their goods to the ravenous masses. Amongst these huge media announcements and branding exercises, there was some small news released about none other than our own friendly neighborhood Spider-Man.

While Peter Parker will return to the Daily Bugle in Marvel Legacy this fall, some of his other classic aspects will be showing up in Miles Morales’ life.

Spider-Man — the solo book starring Miles, by Brian Michael Bendis and artist Oscar Bazaldua — reverts to legacy numbering with issue #234 in a few months. The change will bring a few elements long-time readers will recognize, even if Miles doesn’t: the Iron Spider and the Sinister Six.

At San Diego Comic-Con last weekend, Spider-Man line editor Nick Lowe revealed that Spider-Man will see Miles battle a new version of the Sinister Six, which will include a mysterious foe wearing the Iron Spider costume. In addition to the Iron Spider, the Sinister Six roster will include Sandman, Hobgoblin, the Spot, Bombshell and the new Electro, according to CBR. This latest version of Electro is presumably Francine Frye, who gained the classic supervillain’s powers in last year’s Amazing Spider-Man #16 and played a role during “The Clone Conspiracy”.

The Iron Spider was originally a gift from Tony Stark that was worn by Peter leading up to and during Civil War. More recently, it was used by Mary Jane Watson in last year’s Amazing Spider-Man #15 when she helped Peter’s Spider-Man and Iron Man defeat Regent. Mary Jane gave up the suit, though, and it’s unclear who will wear it as part of the new Sinister Six. It’s possible that mystery could be connected to Bendis’ ongoing miniseries Spider-Men II that brings together Miles and Peter.

The Iron Spider also served as an inspiration for Peter’s tech-filled costume in “Spider-Man: Homecoming.”

As for who the Hobgoblin is… that’s anyone’s guess. Bendis says:

Anonymous said: So which Hobgoblin is in that new Sinister Six team? https://t.co/rGDRp615GJ

In other news announced at Comic-Con, Marvel announced a new creative team for its Spider-Man and Deadpool team-up series: writer Robbie Thompson and artist Chris Bachalo. The series will be at least temporarily retitled Spider-Man vs. Deadpool beginning with November’s issue #23. According to CBR, the book will also include flash-forward issues that feature Old Man Wilson and Old Man Parker at a retirement home.

Lowe also provided a tease for next year’s Amazing Spider-Man #800, saying that writer Dan Slott’s plans for the issue will be “just as huge as they were for #700.” Slott killed off Peter in #700 to lead into Superior Spider-Man, so that sets up #800 as a momentous issue.

And lastly, fans were keen to spot Spider-Man’s appearance in the new footage of “Avengers: Infinity War”. In the footage we saw Spider-Man’s hair stand up, so as to indicate his Spider-Sense for the first time. Seconds later, Peter is seen in his new costume, the one he turned down at the end of “Spider-Man: Homecoming”. You can see an image of it on the poster below: 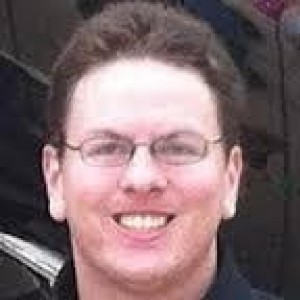